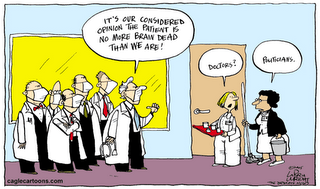 Gun laws for the sake of making gun laws. They can’t get what they want and that’s total destruction of the Right To Keep and Bear Arms. They won’t rest until every law-abiding citizen has been forced through gun bans to turn in every gun or anything that even looks like a gun. The next best thing they can do is to stay awake nights in order to dream up some new law that would bring about the incremental end to all gun rights.

Here we go again with a wonderfully stupid idea. L.A. City Council members want to make it a crime not to report a stolen or lost firearm within 48 hours. That sounds simple until some gun owner discovers a missing firearm and can’t remember when he saw it last. Reporting the crime now may bring prosecution under this legislative abomination. What will happen? The stolen gun will now never be recovered and police will never get the chance to arrest the criminal for theft of a firearm.

Upon the expiration of 48 hours and one minute the hapless gun owner can’t be forced to report anything. Why you ask? Because the Fifth Amendment, absolute right against self-incrimination kicked in ending any requirement he had to report the theft. Now we have unintended consequences. The theft will never be reported.

If anything the government should do everything to encourage reporting the loss or theft of firearms. If the lawmakers could stick to making laws that affect criminals rather than the law-abiding they might someday reduce crime and violence.
Posted by Paul Huebl Crimefile News at 8/08/2006 09:28:00 AM