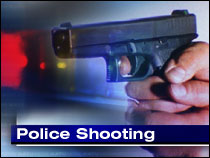 Here we go again. A couple of African-American teens armed with pellet handguns pull a street stick-up near what’s left of the Cabrini Green Housing Project. Soon officers confront a suspect, 14 year-old, Ellis Woodland who produces his gun and got exactly what he deserved, a trip to the hospital intensive care unit.

Predictably a large group of neighborhood troublemakers and street gang hoodlums converged on the 18th District station to protest the shooting. The ex-convict, son of a slain Black Panther Party Leader, Fred Hampton, who is also a felon was leading the mob. Fred Hampton, Jr. was quoted, "Another black man has been shot down by the police. "Excessive force is putting it mildly. Our babies aren't even immune to this."

I see the usual misdirected anger. It’s time to recognize the culture of violence, crime and the failure of parents to steer their children away from this conduct. Instead they celebrate and glorify the behavior with pride as a part of being Black. African-Americans in places like Cabrini Green murder each other at a rate much higher than the Ku Klux Klan did Blacks since post Civil War reconstruction.

African-Americans need to change their culture in America, learn to value education and be a part of a great country. Instead too many practice their own brand of racism and apartheid, rejecting any culture that’s not lawless, violent or that involves hard work.

As for the officers, I thank God they are safe after their encounter with the armed savages.

At 14 I wouldn't call the 'victim' a 'man'. An idiot maybe. What color was the cop who fired? I find it amazing that out of four rounds fired, 3 actually hit the target. That's the most unheard of thing in the article, especially for an Illiniois cop!!

I saw some of the "protesters". They look like members of the "crips" or "bloods" I'd be curious as to how many of these protesters have records for shooting "men" in their neighborhood. Maybe they feel they are the only ones allowed to do the shooting in cabrini?