When The Victim Or Witness Recants Court Testimony 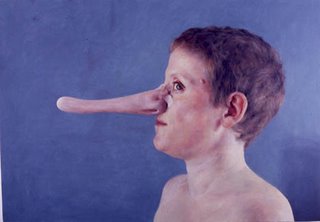 In our world, people lie. They lie to police and later under oath in courtrooms. Far too often lies get innocent people put in prison and death row. There are as many reasons for this kind of conduct as there are lies told.

Often my job as an investigator is to uncover the lies and expose the liars. On a rare day liars are caught and actually prosecuted. More often the liars are caught and it’s government officials that get snookered and when that happens prosecutions embarrass those officials that were fooled. Too often there are no prosecutions and no deterrent preventing offenders from repeating the conduct.

On a really rare day someone that lied in order to create or assist in a wrongful prosecution will come forward and recant their stories. The courts will rarely even look at that as evidence of an unjust conviction. Where this happens most often are in those cases where the allegations are child molestation and rape.

If I can uncover a lie before trial the defendant will most likely get his or her life back. If the lie results in a conviction the lie somehow will be set into legal concrete.

In Manhattan Beach, Bakersfield California and in Washington state during the 1980s there was an epidemic of alleged child molesting rings of adults involved with Satanic worship and child sacrifice. The only evidence of any criminal conduct came from the mouths of children.

Moms, dads and grandparents had their lives destroyed as a result of the outrageous conduct of social workers helping children remember that the adults in their lives sexually abused them. The resulting false testimony put them in prison for decades. When the children came forward as adults they screamed loudly to anyone who would listen that the crimes never happened. Millions of dollars and years of additional legal work brought justice.

The biggest obstacle to delayed justice in these cases is always the prosecutor, cops and social workers that face civil law suits for the bogus prosecutions. The system does not work here because our courts can’t simply reverse cases when victims and witnesses recant testimony. It’s time to make a change in federal and state laws to mandate conviction reversals under those circumstances.
Posted by Paul Huebl Crimefile News at 7/02/2006 09:42:00 AM