The Story About A Gun You Didn’t Hear! 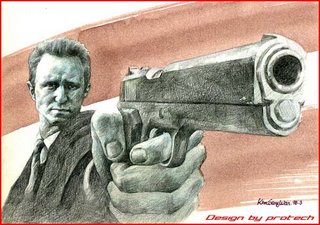 When a killer with a gun go on rampages the Liberal mainstream media exploits the details and runs to the gun-rights haters for their knee-jerk reactions. The gun gets demonized every time. They almost never talk about the suspect’s prior convictions and how our justice system fails to keep these predators behind bars. The blame goes to all law-abiding American's rights to keep and bear arms.

Perhaps in passing you heard of a horrible incident in Memphis, Tennessee last week where a 21-year old nut case stabbed five co-workers with a knife.

What you didn’t hear was how the offender was stopped. The knife wielding psycho’s reign of terror was ended not by the police but by the manager of a financial services office in the same small shopping center who retrieved a 9 MM handgun from his car.

The violence was ended without firing a single shot. The hero manager is a fellow by the name of Chris Cope. Perhaps you’ve not ever heard or read his name before now because he demonstrated what gun owners know. Guns very often save lives without ever firing a shot. I guess Cope’s success and heroism was not newsworthy.

More power to the guy!!!

Since I first looked there have been a few regional articles pop up. Where's NBC, CBS and ABC? Perhaps the Communist Nes Network couls have told this story(CNN)?

I had just read about it this morning. The local cop couldn't resist throwing in the last word...'we want people to refrain from grabbing guns...they could get hurt' crap!

Thanks to the gun owner!!