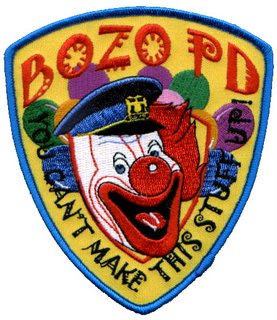 I somehow predicted it would or should come to this. Convicted Meat Market killer, Bill Bradford now wants to help police with the now famous photo leads that languished in boxes for more than two decades before getting deserved attention. However he’s getting the cold shoulder from authorities that perhaps rightfully claim that Bradford’s help would be self-serving.

Bradford is on death row but in Liberal California that’s almost meaningless. His chances of getting executed are almost no better than winning the lottery. So what do the cops have to lose? He may never get the hot needle or when it happens he’ll be too old to feel punished.

The need to gain closure for victim’s families must outweigh the desire to kill Bradford. My God, if the cops won’t I’ll go up to San Quentin and get the information from him myself!

If Bradford has left bodies lying around and can close those cases, the state can save millions in further appeal and trial costs. Bradford through his attorney, Darlene Ricker can agree for him to spend forever behind bars without the death penalty. Bradford is not in Texas where they operate an efficient killing machine.

Trying Bardford for new crimes is truly beating a dead horse. The appeals from the new cases assuming he was convicted would take many more decades and the cost to the financially strapped state would be staggering. Remember taxpayers are picking up the tab for the defense as well as the prosecution. I’m sure the lawyers for both sides would disagree with me what I say it’s like burning huge stacks of money that could take care of children, seniors or help crime victims.

If Bradford can’t put cases to bed then there’s nothing to give him in return. What do we have to lose?