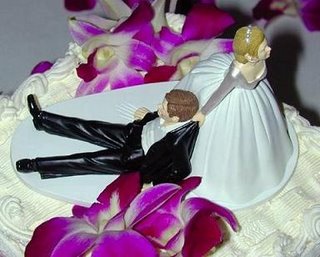 Things were apparently not well in one newlywed LAPD officer’s Reseda, California apartment. 38 year-old Yolanda Yvette Cade did not like the text message she found on her husband’s cell phone sent to another woman just one month into their marriage.

This scorned woman grabbed the Roscoe, chased down and shot her man twice. Wounded the fleeing officer ran down the street and returned fire missing his target. The new but not so blushing bride gave chase in an SUV crashing it nearly striking a pedestrian as she tried to run her hapless groom over.

Cade is being held on a $3 million bail. Cada is in much deeper trouble because she had her two children and a baby in the SUV.

There must be a moral to this story somewhere...

I have not heard a gun called a "roscoe" since my projects days. It reminds me of my younger days when criminals were carrying a gun. He be chillin wit or rollin' with roscoe!!