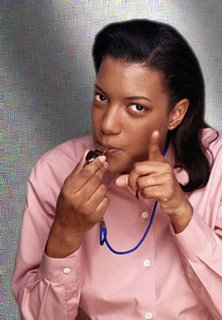 Phoenix is caught up in a media sensation right now. There are two separate serial killers on the loose. One rapes and sometimes murders women. The other uses a small caliber rifle or pistol and shoots apparent strangers he sees or various animals. In any event your chances to win the lottery are still thankfully greater than becoming a victim of these criminals.

Media reports have put a rapist or sniper behind every bush. Along with the media’s fear mongering, and the requests by Phoenix Chief Jack Harris for residents to be watchful as the gadfly self-defense “experts” have come out of the woodwork. These morons are advising people to use their house keys like a knife and to blow a whistle to deal with an armed killer rapist and the serial sniper. These recommendations are beyond insane and will get people killed.

Simply get proper training and a reliable handgun to carry or go hide under your bed. Otherwise follow the advice of the cop's cop Jack Harris and report suspicious activity to the police. You'll never see Chief Harris giving people bad advice. Jack Harris is what cops call the "Real Police" unlike most bosses.

I’m trying to figure how the unarmed do-gooders from the Guardian Angels can have any effect on these crime patterns by parading around in red berets and white t-shirts. I don’t downplay their potential deterrent role in New York subway cars when no cops are present. Perhaps the sniper can zero in on a red beret in order to get more attention.

Unless the predators stop or go away on their own, this problem can only be solved if these offenders are caught in the act by a citizen or cop armed and trained with a firearm.

Oh geez...here we go again. I am a firearms instructor in NV, and a retired Marine...AZ has sane gun laws, and a legal, easy way to carry a concealed weapon by any citizen who feels the need, can attend the class and qualifies with their weapon. Are these lamer self-defence doinks from California, by any chance? It is not that hard to become competent with a firearm or other weapons...(just buying one doesn't qualify). There are plenty of schools and instructors out there...did the people in this community get replaced with sheeple?