Happy Forth Of July? 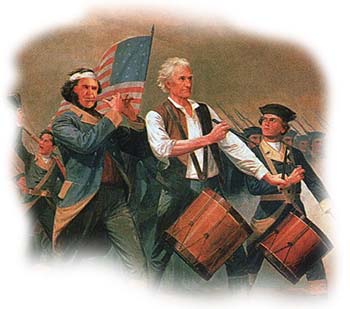 What are we celebrating? Independence perhaps? Freedom? Liberty? Hardly! Our founding fathers must be rolling with horror in their graves.

We are taxed at a rate ten times more than King George could have ever imagined. We’ve destroyed the Bill of Rights through two centuries of Supreme Court manufactured loopholes called exceptions. We’ve regulated ourselves to death though licensing schemes so convoluted that you need pay fees and obtain a permit for all but clipping your own toenails.

Despite strict immigration laws our politicians have unlawfully opened our borders and invited millions of uneducated, unskilled parasites to raid our wallets in order to provide free medical care and education for them and the fruit their non-stop reproduction.

Far too many of these immigrant parasites simply refuse to join our culture or learn our language. They show their allegiance by waiving the flag of the country they fled from rather than ours. Our unions have been decimated as our own poor have had to stand behind the immigrant parasites for the existing jobs and benefits that were their birthright.

The American politician’s answer to this problem is amnesty. Amnesty or a Liberal politicians incumbant protection plan? Amnesty? How about amnesty for Americans who are unable to pay their taxes or fines for petty violations imposed by our government through schemes like photo traffic enforcement?

The only thing to celebrate is that many of us took the day off if we were able to do so.

So sad but so true.

Today I HONOR our military.

"Hypocrisy is not the hobgoblin of enslavable minds so much as it is the hallmark of their would-be slavemasters." -- Rick Gaber

"We are fast approaching the stage of the ultimate inversion: the stage where the government is free to do anything it pleases, while the citizens may act only by permission; which is the stage of the darkest periods of human history, the stage of rule by brute force. " -- Ayn Rand in "The Nature of Government"

"Government, when it is examined, turns out to be nothing more nor less than a group of fallible men with the political force to act as though they were infallible." -- Robert LeFevre, in his essay, Aggression is Wrong