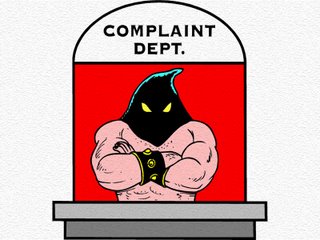 I’m not going to rehash this nearly 300-page report. I’m sure it’s filled with lies of every description. We don’t really know what happened because these encounters were not videotaped.

Don’t get me wrong, Chicago police officers are known for their rude handling of violent criminals. Does that rise to the level of torture? I don’t think so. If the suspects acted up while in custody they quickly learned to behave.

I’ve become a fan of video recording of each suspect’s every movement while in custody. I believe that would save countless law enforcement careers and millions of dollars if you can eliminate the guesswork.

I know one thing for sure. The suspects will still confess or incriminate themselves through lies at the same rate they always do.

Former Police Superintendent Richard Brzeczek was trashed in this report. I simply refuse to accept that he would ever knowingly allow a cover-up on his watch.

Because the statute of limitations has expired long ago, thankfully we won’t see criminal or civil juries guessing what happened.

Ey. Thanks for taking the common sense approach to the Burge situation. If I hear one more quote from supposed victim.....errrr....confessed criminal or his indigent I'm going to fuckin' puke.

That goes double for the Wilson brothers.