Ass Kissing Award of the Week 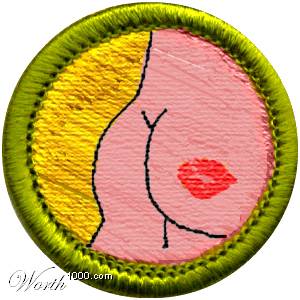 Washington DC-- On July 10 police commander Andy Solberg spoke to residents who had gathered to express concern about the slaying of Alan Senitt.
That sounds simple enough right? It was until Solberg spoke frankly about yet another horrible murder in the Murder Capital of The United States.

A White campaign worker Alan Senitt, 27, for former Virginia Gov. Mark R. Warner was robbed and had his throat slashed as he and a female companion returned from a movie. Police said the attackers then attempted to rape Senitt’s companion in the upscale Georgetown area.

Who could guess the race of the killers? Deadly senseless violence in Washington DC is nearly the exclusive province of African Americans.

I can’t and won’t apologize for that sad truth. We can argue about the social issues but that’s not going to change the fact that African Americans are behind nearly all the bloodshed and mayhem in our nations capitol. Of course the African Americans thugs don’t let their own neighborhood boundaries stop them from better pickings in nearby fashionable Georgetown.

THE QUOTE:
The good police commander had a lapse of the reality of overly sensitive residents of The Murder City. He let this quote pass his lips: "I would think that at 2 o'clock in the morning on the streets of Georgetown, a group of three people one of whom is 15 years old, one of whom is a bald chunky fat guy are going to stand out. They were black. This is not a racial thing to say that black people are unusual in Georgetown. This is a fact of life."

So now we have yet another quote from the hapless commander, "I was wrong, the remarks were insensitive, and I have learned a lot in the past few weeks," he said Monday. "Anything like this should certainly give rise to some serious self-examination ... and I'm doing that."

We live in one Hell of a crazy world. You pegged this one well Paul.

Love the new award, Paul. I'm sure many Chicago clout will qualify!

Odd. I was just talking about this same thing in regards to the jon burge thing.

Let one A-A complain about not getting housing in Georgetown and it will become fashionable 'right now' to tout the same statistic as the speaker did.