54 Women Murdered On The West Side Of L.A. And Nobody Noticed? 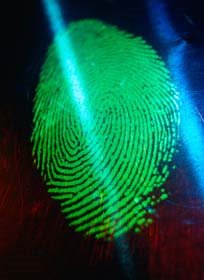 The women disappeared from 1975 and 1984 from Santa Monica, Culver City,West Los Angeles and Venice.

Right now L.A. County Sheriff’s detectives are being tight lipped about the crimes other than to say the investigation got a kick start tip pointing to convicted killer of two women and Death Row inmate William Richard Bradford, 60. Apparently Bradford kept a photo collection of his victims that’s been located.

Bradford must have been very creative in disposing of the remains of his victims. Polce believe he disposed of them in Northern Los Angeles County. Look for a press conference today at 3:30 PM where more details will be released. The information is being released because police hope to learn more information from the public to identify and locate the women in Bradford's photographs.

If these women were in fact murdered by a single killer he’d hold the record for any serial murderer in the United States.

Here is information and photographs of the victims...

Here is the latest AP story...

There were not doing huge national news stories on missing pretty White women back then.

Nancy Grace was not beating these stories to death either.

This sounds huge by today;s standards.