Is It Time To Reinstate The Draft? 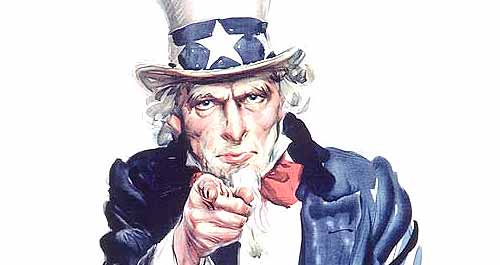 Our military is spread too thin to cope with yet another theatre of combat. We have an all-volunteer Army. That sounds good but history has taught us that draftees make the best soldiers. My own experience as a draftee during the Viet Nam War showed the draftees with a higher educational level and intelligence testing scores. On the average they were older, more mature and far less likely to end up in the stockade.

Having a strong military is a deterrent to aggression for countries like Iran and North Korea. Imaging the fix we’d be in if both of these countries took advantage of our adventures in Iraq and Afghanistan and began aggression. America would be caught with its pants down.

The draft is always healthy for America because loads of eligible candidates arrange to be full time students to avoid the draft and returning veterans use the GI Bill to educating themselves all to meet the demands of our employers.

At the time in 1968 I hated getting drafted but in retrospect would not trade that experience away. My service time was rewarding. Being a medical corpsman in Germany gave me some of the best enjoyment of my life. I earned no medals other than the one they gave me for simply showing up. I saw no combat but I am as proud of that service as anyone could possibly be. I never felt a need to embellish my military career.

The draft is good for our economy, most young soldiers and the national defense.
Posted by Paul Huebl Crimefile News at 5/14/2006 04:49:00 PM

YES!!!!! Send the illegals. You survive, you get the citizenship.

Bring back the draft....no college deferments this time though!!!!!!!

I respectfully disagree with your stance on the draft. My son is a Marine. He has told me of the new FNG's that show up almost daily. They had their 2nd out of 3 strikes in the civilian world and a judge said 'go to boot or go to jail'. Marines who choose to be in the Corps hate these posers. The posers hate the real Marines and you have a not at all lovely conflict right in your own damned house. The posers are dragging the rest of the company down, and that makes everyone very unhappy. Read up on the problems we already have with Crips/Bloods etc. in the armed forces and leaving their graffit all over Iraq.
This is a very different world. If anything, our standards of who gets into the military should be raised..a lot. So should the pay.

I don’t know that I have done more than ask a question about the draft. I did suggest some benefits and needs for a draft if we are going to continue to be the world’s policeman. That’s a role I don’t like our country to assume.

Bring back the draft and eliminate female from the military

Women have admirably served our military since the beginning of this country! I never want to see women excluded from anything but the danger of front line patrols and actual combat. Women deserve the right to play a part in keeping their country strong.

Sabian has a good idea.Being a veteran myself,I would have no problem with a alien becoming a citizen if he/she served our country in the armed forces.Especially in time of war.As a matter of fact,Why not go one step further.Anyone who has a non violent felony conviction and wants it expunged,volunteer for a combat assignment.Acceptance in the military would be subject to the individual meeting the basic minimum requirements.