Will pretend for food… 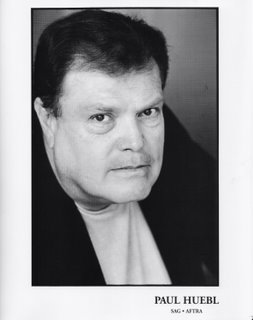 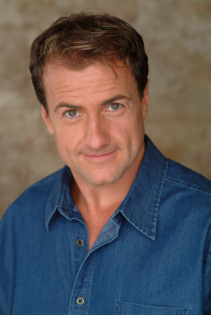 Once about a time there were two pals who were working inside a Phoenix television station and wondering about their future. One was a seven-time Emmy Award winning, television consumer reporter at the top of his game, Rich Skidmore. The other one was yours truly, Paul Huebl. I’m a real hybrid character, half newsman, half private eye and ex-Chicago cop.

Skidmore was and is a happy-go-lucky sort who after graduating from Ohio State planned on a career as a U.S. Marine pilot. After enlisting for flight school, a 40-foot fall and a broken neck changed this Pittsburgh native’s career direction for good. Surgery and a long recovery period took Skidmore to his second career choice, journalism.

After climbing the TV market ladder Skidmore wound up in Phoenix with a good life and a good future. I was satisfied with my own career but wanted expand my horizon into entertainment as an actor, writer and producer. I had appeared in several plays in Phoenix and Scottsdale and was bitten by the acting bug. Somehow I convinced Skidmore to audition for the Neil Simon Play, Barefoot In The Park as the lead, Paul. A wise director for this Tempe Little Theater production quickly cast Skidmore for the part. They soon sold out every show. I can say that I helped create a monster! Yes, he’s alive!

All is not well in TV news. Because of cable and the Internet the TV news audience is rapidly shrinking along with the paychecks. The future of local TV news is not a rosy one. Really how can TV news possibly compete with Crime, Guns and Video Tape? CG&VT will win hand down every time! (Remember, You're here and not in front of some TV set) Two careers were about to change. A contest of sorts began as to which one of us was going to get to L.A. faster

My life is a wild novel filled with adventures from my two year stint as a drafted Army medical corpsman to police work and later some incredible private eye cases. Being recruited by TV news organizations I found myself chasing some of the biggest international news stories. I’ve always found myself where the action is happening. Along with acting and producing, I want to bring these stories to Hollywood and make some films.

This is how the two Hollywood pretenders, I mean actors were born. Okay, I beat Skidmore getting out here by a month. We began acting classes, and an endless campaign to pester and annoy every agent and casting director we could so we might become entertainers and millionaires in the process. We somehow both landed Charlie McAfee over at Venice Talent Management as our manager. We wound up with commercial agents but we both still need to get representation from a powerhouse theatrical agent. That’s easier said than done. We have not quite made it just yet. We did make a deal one day right after we got here. Which ever one of us made it big first would buy the other a big plasma TV set. Of course I want to buy one for Skidmore. The sooner the better!

As I write this Episode, Skidmore is shooting yet another spot on Jimmy Kimmel Live. Skidmore plays a news anchor or reporter now and then on this show. Skidmore’s daily struggle is to find enough acting work at union scale to pay the rent and stay out of TV newsrooms. The idea is to get lots of auditions for anything and everything possible.

I’m building my profile on the net and developing my film projects but I’ve fallen back on some private eye work to pay rent. Why didn’t I try this as a kid? What, am I nuts to start this so late in life? The answers seem obvious, but what the Hell this is Hollywood where strange things happen all the time. The team of Skidmore and Huebl can’t be accused of not having the balls to gamble everything for the chance to pretend for food.

They need to bring back The Man Show and make these two clowns the hosts.

Most actors can never play TV news reporters or anchors. In most movies the "news copy" written for actors is almost always really lame. Don't they ever use real news people as technical consultants?

I agree with Phil...

I just saw Skidmore in a Brinks Security commercial in Coumbus, OH.