WHAT ABOUT THE VICTIMS? 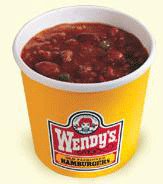 DATELINE-San Jose, CA. Two “victims” were removed from our streets and sentenced to a California State Prison for nine and 12 year respectively for a plethora of fraud charges. They are 40 year-old, Anna Aylia and her husband, Jamie Plascencia, 44 of Las Vegas, Nevada.

They’re the geniuses that purchased a severed finger of a pal and later used it in a phony legal claim to extort money from the Wendy’s fast food company. Anna Aylia claimed she was eating her Wendy’s chili when she bit into the finger she alleged was a surprise ingredient. The rat then went on national television and put on a real show to bolster her phony claims.

Wendy’s went trough a public relations nightmare and a huge financial loss because of the get rich quick scam of Aylia and Plasencia. These rats had filed numerous claims in the past profiting as professional victims.

For the Victim’s Right’s advocates out there this is only the tip of the iceberg. Your victims are far too often not victims, but just plain sewer rats.
Posted by Paul Huebl Crimefile News at 1/18/2006 12:26:00 PM

They were so stupid, they didn't cook the finger. Let's see, a pot of chili cooking and a raw finger? Only way that could happen is if the cook chopped it off.

They deserve their fate.