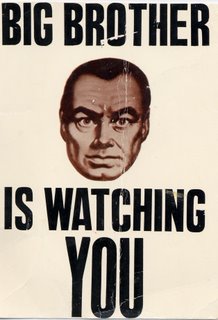 I could easily write a book about lost privacy just in the last three decades. The American people don’t have a clue how much information and video can be assembled on their every day habits and behavior.

Personal surveillance by a private investigator is now all but obsolete. Today it’s really simple to follow and gather the data and video trail and expose absolutely everything about anyone.

I don’t think even George Orwell envisioned all the ways technology would intrude into our lives. On the other hand, The Unabom Man, Ted Kaczynski knew exactly and documented all of it in his media published “Manifesto” which ultimately led the FBI to his capture. It appears that the mad genius may have not been so mad after all. Kaczynski wanted to stop this technology abuse even at the cost of killing and maiming people with his bombs. Is Kaczynski really an American patriot and a hero? They way things are going that just may be the case.

Members of the Chicago City Council unveiled a proposed law requiring video cameras to be installed in nearly every business. Of course the tape will have to be made available to authorities that launch investigative fishing expeditions. The days of picking your nose or scratching you butt in private may soon be over as all eyes will be on YOU!
Posted by Paul Huebl Crimefile News at 1/28/2006 09:39:00 PM

We need cameras in the offices of the mayor and alderscum to document THEIR criminal activity...

The city council of chicago needs to take their meds