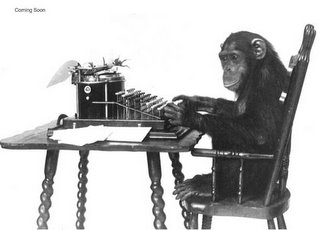 It all began with newspapers and magazines. Later radio and TV news followed. In order to publish, broadcast or otherwise be seen or heard it took a huge financial investment.

Cookie cutter schools like Northwestern’s, Medill School of Journalism or the University of Missouri Journalism School, manufactured journalists to exacting standards. From newspapers, radio or TV. Their uniform story packaging is always so strikingly similar.

The three broadcasting sources on television were nearly identical in content, delivery and the political slant. The message was always the same and changing the channel brought no relief.

More disconcerting was the Left Wing political slant that seemed to control the vast majority of information given to the American public. Conservative thinking journalists for the most part were frozen out of publishing and broadcasting.

In the 1980’s talk radio slowly came into its own with a wider base of views and opinions. Conservatives at last found their voice and Conservative audiences had finally found a trustworthier source for information about things important to them.

The Liberals were soon horrified to learn they lost ground in the information battle. Liberals soon coined the term, Hate Radio to describe talk shows and hosts who were critical of Leftist politicians. Rush Limbaugh became the King Of Conservative Talk Radio. I have to wonder, why are Liberals so afraid of free speech?

All Hell has broken loose as the 1990’s gave us a new medium and a new news delivery method called blogging. Bloggers were the ones that were able to expose and shut down that CBS News attempt to influence the Bush, Kerry election campaigns. As information was learned bloggers quickly published it to the dismay of CBS and the Kerry campaign. Internet search engines made the task of getting information out to the savvy and brighter Internet audience a snap. Advertisers like the readers and TV news viewers are abandoning traditional news delivery sources and are now sponsoring bloggers!

In addition to doing investigation, I’ve spent some 17 years producing news programming for TV stations on a freelance basis. After writing a blog for little more than a month I’m absolutely amazed about the exhilaration that comes from writing whatever I want to write. Real free speech and diversity does exist in Cyberspace. Bloggers can publish with print, photos, audio and video at minimal cost. I have not yet made a dime but as I watch my viewers grow on the counters after only a month advertising revenue can’t be far behind.
Posted by Paul Huebl Crimefile News at 1/28/2006 12:44:00 PM

Well I'll be blogged! You guys sure to scoop the traditional media on getting the real skinny on important issues. I enjoyed how smokinggun blog turned the tables on Oprah recently. Seems Ms Oprah failed to check her facts BEFORE pimping some dope heads book on her show to us. She sent the bums book to the top of the NY Times Best seller list. Now we have a very rich dope head to contend with plus a red faced Oprah. Oprah's doing her best to blame it all on the doper dude but folks she's the one who has the billion dollar staff and she should have checked this idiot out BEFORE ordering us to buy his lie filled book. No more book orders from you careles Oprah baby. My thanks to the bloggers who caught Oprah way wrong. PS I enjoy your blog Paul, keep the truth coming our way!
A faithful reader.

The mainstream press has not met the needs of their audience. They deserve to loose their market share for the crap they try to feed us. Long live free speach!

Oprah and all her Oprah zombie legion (of which my wife and daughter are members.....oh well) get what they deserve.

Does that monkey work for the mainstream media or is he a blogger?

He looks just like a former news director at WLS-TV in Chicago, Tom Dolan. I'm sure he's smarter than Dolan ever was.