Goin’ Postal Fatal To Seven—Woman Is The Shooter 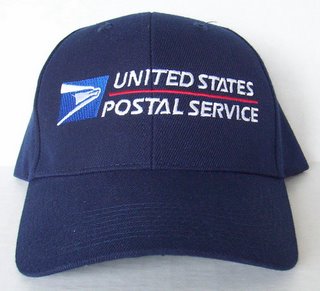 GOLETA, Calif. - A woman who was a former postal worker is believed to have open fire on workers at a mail processing facility killing six , and critically wounding another before taking her own life. (note this wounded victim expired Febuary 1, 2006)

Santa Barbara County Sheriff’s deputies responded to a radio call of, shots fired found two dead victims outside. The other dead and wounded were located inside the complex.

So far no motive has been offered for the carnage but detectives are sorting out the details this morning. Acordint to Santa Barbara County Sheriff Jim Anderson, there were more than 50 people working at the postal facility at the time of the shooting. The plant is located near the University of California, Santa Barbara.

The 44-year-old shooter, identified as Jennifer Sanmarco of Grants, N.M., had not worked at the plant for more than two years but still managed to get inside the fenced and guarded Santa Barbara Processing and Distribution Center. She drove through a gate by following closely behind another car, then got in the front door by taking an employee's electronic identification badge at gunpoint. That employee was not hurt.

Once again, we have another "safe" gun free zone. The Mugger Protection Act is working in our post offices.

They used to always have armed guards at these sorting facilities. They want to keep guns out by eliminating the security. This is the result.

More "GUN CONTROL" is needed now....I can hear the whining.