EXPOSED! The raw power of a single juror. 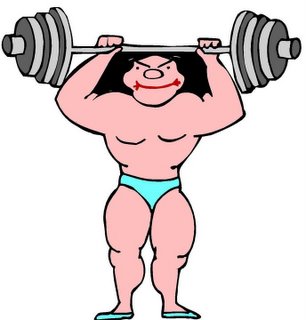 Crimefilenews talked about evading jury duty, now it’s time to talk about the enormous power a juror has to combat laws he or she does not believe in seeing enforced.

In any criminal case, to convict someone a jury’s verdict must be unanimous. Every juror must agree on a guilty verdict or there can be no conviction. Often, a hung jury results in a dismissal of the case but probably more often the case gets retried. For the truly innocent defendant a retrial provides another chance to rip apart the testimony of lying government snitches or some so-called victims who are waiting to somehow prevail in a civil lawsuit against the defendant later.

Let’s assume the crime or crimes charged in a case involve a laws you don’t believe the government should have the power to enforce. You have the absolute power to acquit the defendant of violating those laws.

We have lots of laws many Americans do not want enforced. Laws involving gambling, prostitution, drugs, abortion prohibitions, or gun control may only have the support of only a slim majority of our fellow citizens. If you are on jury duty, here’s your chance to send a message with a NOT GUILTY VERDICT. You may find that the majority of the other jurors want to climb all over you like a cheap suit for your refusal to convict. Stand your ground, you will feel good about it later.

Prosecutors hate this kind of action by jurors and fight hard to keep such inclined folks off the panel. In the legal business it’s called jury nullification. The “stealth juror” who hides his or her opinion of a controversial law cannot be stopped. Your single Not Guilty vote is cast in stone.
Posted by Paul Huebl Crimefile News at 1/23/2006 07:27:00 PM

What about the judge's jury instructions?

It’s been my experience that a large percentage of jurors ignore judicial instructions when they don’t like them. An example of this is the instruction that jurors avoid press coverage. Jury instructions are like hanging signs that say, “Wet Paint”. Everybody wants to see if the paint is really wet, for themselves.

Thought control has not been something that judge’s jury instructions have ever accomplished.

A Guilty Verdict can be reversed for the jury’s failure to follow the judge’s instructions. There is no similar way to overturn a Not Guilty Verdict.

Or......they could do it the legal way and contact their legislators to change the law, both at the state or national level.

Really good. In Chicago some guy did jsut what you said. He was the hold out juror and voted not guilty. He was a professional racist.

They had to retry the mutt. He was found guilty.

Oh yeah, I forgot to mention something. The guy was found guilty in the second trial of KILLING A CHICAGO POLICE OFFICER1111111

Let's all just stick with what we know, please.

Racists have a way of voting with race. It's a part of the system...