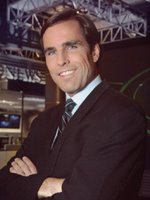 Nearly a decade ago a startup TV news organization owned by Scripps Howard began in Phoenix, AZ. The plan was to create the best possible broadcasts to quickly grab a respectable market share. A very talented producer, Mary Cox was named news director. Cox had a full year to locate and hire the best of the best to crew what was planned as the new FOX affiliate.

That was also the year that station brands were traded like baseball cards. Instead of FOX the new station obtained the ABC label. Mary Cox soon created the 800-pound news gorilla of that market.

Among the Energizer News Bunnies Cox hired was a young lawyer who opted to be a reporter, Bob “Woody” Woodruff. Woody was a pleasure to work with as he absorbed all he could about his reporting craft. His news packages were top shelf and you could tell he’d be going places.

Despite great ratings, management changes were made with rapid rotation of three news directors. The result was a disaster; KNXV-TV began its suicide plunge. Nearly all of the great talent including Woodruff left for other markets. News at KNXV-TV was scaled back to the bare minimum.

I lost touch with Woody but cheered when he and another talented Phoenix alumni, Liz Vargas were sent to the bridge of the ABC World News Tonight ship.

ABC news reported that Woody and his photographer were hurt in Iraq while imbedded with the 4th Infantry Division. I’m saddened by that development and concerned. I’m anxiously awaiting word on their condition. Woody is in my prayers this morning.
Posted by Paul Huebl Crimefile News at 1/29/2006 06:38:00 AM

Woody is a class act. I miss him. I hope he gets back to work soon.

Ther're at least able to talk to their field producer. That's good.

KNXV-TV was mismanaged beyond repair. They were off to a great start and gave everything up. It made no sense.

I hope Woodruff and the photog get well soon and milk this event for all its worth.