Whatcha ya gonna do, shoot me NIGGER?

There's a video link at the bottom of this story... 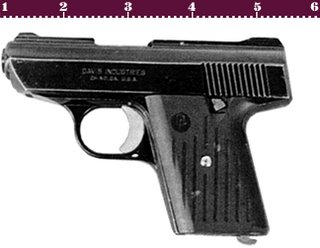 At the request of Phoenix Gazette reporter, J.W. Brown, I reluctantly agreed to examine a court file of a murder case she covered where a jury just convicted a young man. She told me that there was a lot more to the story and that she felt things were very wrong. She also told me self-defense was the defense. In case you don’t know, I’m a licensed private detective.

The following day, I requested the file from the court clerk and expected to get a typical murder case file that would be several volumes thick. To my surprise they handed over the thinnest murder file I’ve yet to see. It had only contained 20 or so pages! That was a clear sign that the assigned public defender had not challenged much of anything throughout the two-day trial. I would learn later that she thought that an acquittal was a sure thing. It should have been. Based on the conviction, if this defendant got the lightest sentence that Judge Ron Reinstein could possibly hand out, this defendant would serve all of a 20-year sentence.

I began with a through background investigation on the convicted man, Ronnie Barlow and the dead man, Robert Lockwood. Barlow had no criminal record but I learned that Lockwood was on three different felony probations for different serious crimes. That was in and of itself highly unusual in Arizona where justice is known to both swift and very punitive. I also learned that Lockwood was the son of a Maricopa County judge.

This case began when Barlow left a Mesa hospital at midnight where he worked the afternoon shift. Barlow was a forklift operator. Barlow began the commute on his bicycle home. This proved to be somewhat of a challenge in this all White city. Yes, Barlow was Black. The goofy, red-necked White kids would yell racial insults and sometimes run Barlow off the road. One night several months earlier Barlow was beaten by two men in what we today call a hate crime.

Arizona in a longstanding tradition allows all but felons to strap on a loaded gun in public. Barlow was afraid and obtained a Davis P-380 pistol for self-protection should he someday run out of options. Barlow’s decision would later save his life.

Four thugs were drinking and riding around in a car when they spotted Barlow peddling home. They shouted racial slurs out the window and ran him of the road in the darkness of a strip mall. They piled out of the car and Lockwood was threatening Barlow with a bottle. Barlow did the smart thing and drew his gun ordering them to back off. The last words said by Lockwood as he swung the bottle at Barlow was, “Whacha ya gonna do, shoot me NIGGER?” They should have inscribed those words on Lockwood’s tombstone in that Flagstaff cemetery.

Robert Lockwood’s father was assigned to a Mesa court. That city’s police department investigated the case. I read enough. It was time to go and meet Ronnie Barlow. On the way into the jail I bought a couple of sodas and Snickers candy bars. I proceeded to the attorney’s visitation area where the visit took place. That candy bar and soda were real treats for this lad who had spent a year in the jail waiting for his day in court.

I told Barlow my view of the case and that I thought I could help him even after he had already been convicted. He volunteered to tell me what I already knew. Barlow did not have a dime to his name and could not pay me. I took the case anyway.

I spent the next ten days talking with jurors and gathering sworn affidavits from people that knew Lockwood and actually observed him assaulting others for no reason or simple racial hatred.

My next trip took me to an interesting group of men, The Arizona Constitutional Rights Committee. This was a somewhat militant group of angry White gun-rights activists. Their purpose was to defeat any infringements to the Right To Keep and Bear Arms. There were at least one hundred of them in this sweltering hot July meeting.

That night, I asked the ACRC to speak for five minutes. I got them really riled up over the injustice of the Barlow case. They were chomping at the bit for the opportunity to help out. I told them, “Just one thing more… Ronnie Barlow is Black.” You should have heard the groans in the room. I told the group that I heard their groans but I had a tough question for them. Raising my voice I said, “If you guys won’t help protect this Black kid’s self-defense and gun rights, who the Hell is going to protect yours?” That did the trick they were all on their feet clapping.

I asked them to picket the courthouse during high noon. I told them we needed picket signs and despite the 110-degree heat everyone must wear a tie and look sharp. They offered up a sign making party the following night. They made lots of great signs.

I had two very talented friends in television news that I knew would exploit this unknown case and event to make a great story. It was my turn to buy them lunch. Yeah, while we’re eating our hot dogs (Yes, hot dogs! I was paying!), the full color autopsy photos were out in full view on our table while we dined.

The following day the largest demonstration that has ever taken place before or since in Maricopa County courthouse history. One hundred, angry White men, and one Black man picketed the courthouse for an hour under the hot, noon sun. Things were rapidly changing, the former United States Attorney for Las Vegas, Booker Evans who was now practicing law in Phoenix and his law firm stepped up to represent Barlow. The judge at the sentencing hearing reduced the jury’s verdict to manslaughter trimming 15 years of the penalty. The fight continued lasting two years but we succeeded in getting Barlow out of prison.

Today Barlow is married, with children and has had a long time, steady job as a Roto-Rooter man. Reporter J.W. Brown is now the media flak for the Maricopa County Superior Court. William Lajeuness is a national correspondent for FOX NEWS in L.A. Jim Lemay today is a suit (executive) at CNN in Atlanta.

Sit back and enjoy the video…

nice job.....speaks volumes, not only to the competence of Chicago cops, but more importantly to the pursuit of truth and justice...

The most telling part of this whole sory: "Robert Lockwood’s father was assigned to a Mesa court. That city’s police department investigated the case. I read enough. It was time to go and meet Ronnie Barlow."

This was a great read Paul!

Lockwood should have been on that slab long ago! What a pice of garbage!

Nice work Paul. You do good things. If I'm ever in trouble, I may look you up (which I hope I never have to do).

On another topic; Too bad about Jabbar Gibson. I saw his name mentioned at website for the BBC documentary on Katrina and I received several nice form letters from members of Congress in relpy to the TOB petition. It's a real shame. A chance like that for a poor kid like JG doesn't come along every day...

I wonder how many people are in prison today for legitimate self defense? This makes me wonder. The last man standing always gets arrested and locked up for life or worse.

You did a wonderful thing for Barlow.

Hey, Paul. My family and I know you. You are unrelentless in seeking justice for the unrepresented. We respect you to the highet. James B.

Excellent job Paul. You should be proud.

GOOD FOR YOU
I have a case similar to this, as far as police go. My grand son was killed. Read this website. There is more that is worse to come. When I can publish the reports of the investigation.
http://www.justiceforbrian.excitewebpages.com

Wow!! thanks for your time and helping out young men who go unnoticed!