Making feature films and TV series based on Chicago Cops 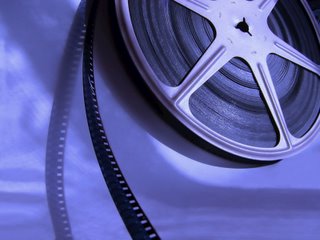 There can be no better place to mine stories and events than The Chicago Police Department. We’ve had so many disappointments come along in that regard.

There was the two television seasons of Michael Mann’s Crime Story, written by former Area Six Robbery sergeant, Chuck Adamson that starred former Area Six Burglary dick, Dennis Farina. I loved the series until it became more about Las Vegas and the mob than our city and cops.

The truth really was that Las Vegas was controlled by the mob operating out of our old First Ward Democratic organization with the help of too many exempt rank officers.

Dennis Farina got his acting start in community theatre on Chicago’s North Side. I’m not sure of all the details of just how it came to be, but two great careers happened. I met Farina when I did a substitute shift, working a security gig for Goldblatt’s Department Store at Lawrence and Broadway in the mid 1970’s. Other than that I never worked with him again.

I know Farina has a brother who was and is a lawyer. The Farina family was well entrenched in Chicago history. Dennis attended St. Michael’s High School in an earlier class than mine. That’s where Brother Ringcamp kept us in line with his little red paddle. A sometime-employed single mom raised me, and she was unable to continue paying my tuition. I soon found myself with all the pagan kids at Senn High School.

Just as I left Chicago, film director Michael Mann was in the process of making the movie Thief. Mann was smart enough to capture the talents of various cops that included Farina and Adamson. There was a fabulous scene in Thief that had to have only come from our boys. That was the safe cracking scene where they used the burning bar.

This was back when our burglary dicks were putting on those impressive burning bar demonstrations for beat coppers all over the city. This was so we’d know if one of these highly specialized jobs was pulled on our beat. The visual sight of the burning bar was made for this Michael Mann project.

Adamson’s portrayal of a corrupt Chicago police sergeant was right on the money. Farina’s thuggish character grunted his way though the dialog and was less memorable. Adamson took the writer’s route and is now semi-retired in Oregon. Farina went on to become a very believable, world-class actor that we all admire. I hope he can snag a great part in the right major Motion picture and someday take home that Oscar.

My route took me to Phoenix where I began to do criminal investigations for lawyers representing people charged with crimes from very serious to capitol. The experience and training in Chicago gave me great tools I used to uncover the truth.

One day I found myself retained to assist the CBS news affiliate in Phoenix. I was recruited by, reporter William Lajeunesse and producer Jim Lemay. From then on, half of the work I did was TV news. Soon I found myself retained by network organizations working on huge stories like the Oklahoma bombing and the UNABOM man, Ted Kazinski. Little did I know that this phase of my life would take me to L.A. to dabble in acting, scriptwriting and film producing.

On another day I was stopped on the courthouse steps in Phoenix, by a newspaper reporter I knew fairly well. She complained to me about a murder case she had just covered in court. This is uncharacteristic for reporters to be personally concerned about justice gone wrong. Gazette reporter J.W. Brown was justified in her suspicions that someone had been wrongfully convicted.

Some poor Black kid with no criminal history was railroaded for a justifiable homicide into a murder conviction. This kid was waiting to be sentenced. The minimum punishment he would receive was 20 years in the jug. I’ll save the details of this murder story for another blog installment the near future.

The long and short of this defense investigation was success and soon I got a call from Scripps Howard Productions, CEO, David Percelay in Santa Monica. He wanted to buy my rights to the story and make a film. Actor Brian Dennehy who made at least two other films with Percelay wanted to play my part! They, paid me for my option, put the project into development, obtained a completed script and suddenly things fell apart.

Scripps Howard made a corporate decision to stop making films! My project and some 20 other went up for sale. Not one at a time, but all at once. That sale took years and my deal went down the drain. Dennehy, who I met, went on to do plays like the one that garnered him a Tony Award for Death Of A Salesman and lots of other projects.

Now going back to the subject, I wanted to convert some of the real stories I lived into films and television series. It’s just not an easy accomplishment. Right now, I have two films and a series in development. What that really means is these things are not moving. There’s not a filmmaker alive that has not been where I am today.

Joseph Wambaugh, the LAPD cop, turned writer and film producer was twisting the arm of every suit in Hollywood to make a feature film about the kidnapping and murder of detective Ian Campbell in a Bakersfield onion field. Nobody would green light this great story.

A frustrated, Wambaugh went to his fellow cops both active and retired and somehow got them to make a risky investment in his dream film. The rest was history; The Onion Field was a box office success that was snubbed for an Oscar by the same Hollywood suits that would not accept the project to begin with. The cops who invested all did well on their returns. Actor, James Woods stole the show as the seedy killer, Gregory Powell. He really deserved an Oscar for sure.

My dream picture, Come Friday is in such a state right now. I only need about five million bucks and I can make the first and only film ever made about a true story of a heroic sworn officer of the Chicago Police Department.

I will wait until the start of the New Year to unveil Come Friday complete with photographs.

So you want to become an actor, writer or filmmaker? You’re going first learn how to thrive on rejection, despair and depression. Is it worth it, you ask? YES!
Posted by Paul Huebl Crimefile News at 12/28/2005 07:26:00 PM

The Onion Field was great! I want to know more about Come Friday. Who is the hero?

maybe farina, adamson and mann would like to invest.

tell us when it is completed

Did Gypsy ever hear from Survivor? I would actually watch that show if she is chosen.

Sadly Gypsy did not make the cut. She took her rejection in stride however and continues to charm all who meet her. That was a great loss for the producer of Survivor, Mark Barnett. A season with Gypsy would have been monumental in TV history...

Wasn't Ted Danson one of the cops killed in Onionfield

Gypsy's two videos are right on this link that you can cut and paste into your web browser;
http://video.google.com/videosearch?q=gypsy+huebl

Ted Danson played Ian Campbell, the cop who was killed.